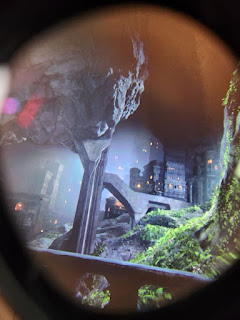 The Problem Meta Doesn't Want You to Know About...and The Worst Customer Support Ever The Problem When using the Meta Quest Pro with a game or app taking place in a dark environment, yellow / brown / auburn colored haze appears along the outer edge of the lenses (more so, seemingly, on the right lens, and more near the top of the lens). In a bright game or app, the problem isn't visible, but when using a dark one, this problem is apparent. In the picture below, the issue can be observed most prominently near the top of the lens -- that brownish haze. It's been speculated that the issue could be backlight bleed or IPS glow, but as far as I know, neither has been confirmed. Here are some of the threads from Reddit and from Meta's Support forum discussing the issue: https://www.reddit.com/r/OculusQuest/comments/yfonqx/severe_backlight_edge_bleed_on_quest_pro_possibly/ (This one contains a "solution" that does not fix the problem.) https://communityforums.atmeta.c
Post a Comment
Read more

Retro Review: It Came Upon the Midnight Clear 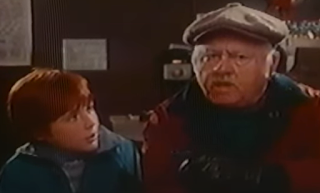 It Came Upon the Midnight Clear  is an old made-for-TV movie that I saw in syndication when I was a kid. I seem to recall it being on more than once, either multiple times during the same holiday season, or in consecutive years. I loved this movie, but looking back on it, all I remembered was that it starred Mickey Rooney as a grandfather hanging around with his grandson during the Christmas season, and the ending of the film. It doesn't appear to have gotten a home release past the VHS format, and is long out of print. I was happy to find it on YouTube recently, and watched it for the first time in ages. Even though I had fond memories of it, I had little  memory of it -- what was it about the film that I liked way back then? It was strange watching it again, as nothing was coming back to me as I did so. I'd have expected some "Oh, now I remember this part" moments, but that never happened, and by the end, I was curious as to why I had enjoyed the film so much as a
Post a Comment
Read more 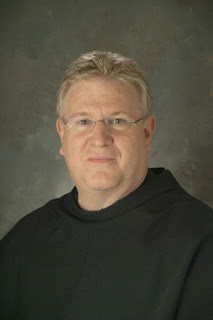 I recently learned of the passing of Brother Mark McBride, T.O.R.. Brother Mark was the principal of my high school, and someone I thought of as a friend. Though I hadn’t kept in touch with him, he was someone who’d cross my mind from time to time. He was a kind man, very down-to-earth, and very unlike a principal or other authority figure. On the first day of my sophomore year of high school, I arrived late and had to ask one of the faculty where I should be. I was new there that year. I didn’t know anyone, didn’t know the building, didn’t know the first-day routine. I was told that sophomores should be in the auditorium (the different grades were in different areas), and somehow found my way there. The crowd was sparse and I took a seat. A Franciscan friar was on the stage, speaking into a microphone. This was Brother Mark. The first impression he made upon me was when he said something that elicited a smattering of tepid applause — he reacted to this by saying, very dryly, “You may
Post a Comment
Read more

How to Detect Route Changes in Angular

- August 04, 2022
In a current project at work, we need to be able to tell what the current route is in an Angular app regardless of which component is currently active. The code below does the trick. It's probably better suited for ngOnInit() than the constructor, but this still illustrates how to do it. In this example, we're just logging the URL to the console (this was just sample code I gave to one of the developers): export class AppComponent {   constructor ( private _router : Router ) {     this . _router . events . subscribe (( event : Event ) => {       if ( event instanceof NavigationEnd )         console . log ( "CURRENT URL: " , event . url );     });   } }
Post a Comment
Read more

- July 01, 2022
I recently upgraded a project to Angular 14. It's been a long running project, created using Angular 4 (I think), and even though I've been upgrading the version of Angular as new versions are released, I only recently learned that the  tsconfig.json  settings were the same as they'd been when the project was created, so I took the opportunity to bring those up to the current standards as well. Unfortunately, with the stricter template type-checking in place, some of my existing code no longer compiled. I figured that this would be a great time to switch over to the new Typed Forms introduced in Angular 14. One thing that threw me off a bit was how I could create a FormControl that doesn't allow nulls, but that also includes validation. The official docs mention supplying the nonNullable  option, but I was confused as to how I could also include my regular validation functions as there didn't seem to be an overload that supported that. But by digging a little deeper
Post a Comment
Read more

Configuring Your Angular Application to Use an External Configuration File 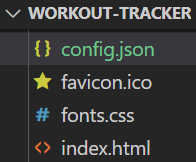 Normally, developers use the environment.ts  and environment.prod.ts  files (and maybe even other permutations) to configure their Angular applications for different environments. With a deployment system such as Octopus , symbols can be placed in these files to replace values with environment-specific ones. But what if you want to build an Angular application for use by someone outside of such an environment? I ran into this problem recently when working on an application I have up on GitHub. I wanted to be able to provide a release that someone could easily configure without having to do a find/replace inside a JavaScript file. As long as the application is not offline, you can add a configuration file which gets distributed with your application and have the app read from it during initialization. First, create a new configuration file. In my case, I added config.json  under my src  folder: In this file, I currently just have a single configuration option: the URL to my API. {   &qu
Post a Comment
Read more 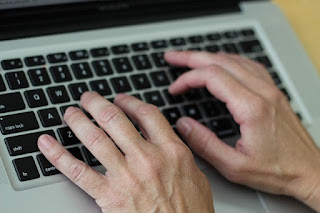 Okay, so maybe the title of this post is a little over-dramatic. But the fact remains: copy/paste "coding" leads to problems, and is probably my least favorite bad coding practice (or the bane of my development experience! ). I think we've all been there: we don't know how to code something, so we do a quick search, either via search engine or in our existing codebase, to find an example, and then we copy and paste that example into the code we're currently working with. And sometimes, that's where it ends -- we've found our solution, and we move on with the rest of our coding. But often, just pasting that code in and moving along can have some unintended repercussions. Here's what can happen. A Lack of Understanding Sure, you've got code that works -- but do you know how  it works? Developers spend more time maintaining  code than initially developing it, and if you don't know how or why something works, it can make maintaining the code -- or
Post a Comment
Read more
More posts